Batman: The Dark Knight Rises (03 01 2013) – This was long. I think I got a headache from watching it. Batman (DCAU) is part of my childhood, but Nolan’s Batman will never be my Batman. I can’t imagine Batman giving up for eight years in seclusion or even saying goodbye to Alfred. Nolan really made sure Batman lost everything though: his money, his city, his identity, Afred, but I did like the ending of this film. This film felt like two films though. There was perhaps a little too much going. I thought the casting was great in all parts. I like Tom Hardy, but I wasn’t really in love with his Bane voice or his portrayal until the very end. Marion Cotillard is amazing in anything. But really, the stand out for me was Joseph Gordon-Levitt whom I continue to adore and have since “Third Rock from the Sun”.

A Young Doctor’s Notebook (17 01 2013) – This is a TV mini series. I don’t watch enough TV or movies nowadays for them to get separate posts. This four 22-minute episode series stars Jon Hamm and Daniel Radcliffe playing older and younger versions of a Russian doctor the 1934 and 1917. It is based on stories written by Mikhail Bulgakov (one of Radcliffe’s favourite authors). The plot is rather thin, and it’s more a psychological analysis of the doctor. Hamm and Radcliffe talk to each other as the former reminiscences about his earlier self. It’s on the gory side and there are a couple of sexual situations (no nudity) with Radcliffe aka Harry Potter. While I don’t imagine Radcliffe when I read the Harry Potter books, he is still one version of Harry so it weirded me out to see him in those situations. Still, there is some really dark funny moments for it, but this series is not for everyone. The ending is dark which is typical of Russian literature. Not really a light series.

Scandal (22-23 01 13) – I watched all of season one and caught myself up to date with the episodes of season two. This is an addictive show, and I have not really liked Shonda’s writing, but her team is doing a decent job of the writing. The serialized procedural aspect is not often interesting and usually all about sex scandals. A couple of the characters are a bit flat. Of course with a lot of shows I watch, I overlook the writing for the actors. Kerry Washington and Tony Goldwyn have some best on TV. I am definitely an Olitz shipper. I also adore Olivia Pope’s wardrobe. Good show. 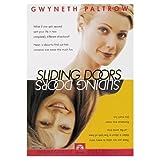 Sliding Doors (earlier in January) -I skimmed this to all my favourite i.e. all the scenes with John Hannah. I’ve seen this film at least four times. I do see the gaps in the plot and the timeline, but it is a dramatic rom-com so I can’t be too hard on it. This is still the only movie where I find Paltrow tolerable, but is very thin in this movie.