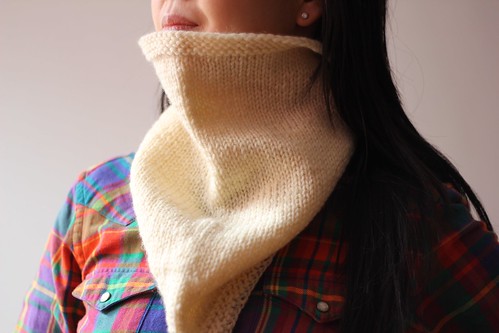 I wanted to make and send a gift to a dear friend of mine in Australia. He told me that it does get cold enough in Sydney to warrant scarves so I decided to make up a small cowl for him. Unisex and not too bulky. Fit was good. If it were met, I’d have made it tighter but he couldn’t try it one as I made it.

Nice, simple pattern that I would make again. 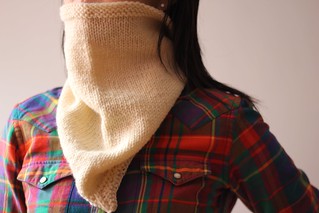 Modifications & Notes: This pattern was made for thicker yarn. Next time, I would add one row between the first few decrease rounds for the point to be less pointy.

Set-up Round: Purl all stitches.

Set-up Round: K20, place marker, k49, place marker, knit to end of round.
……
knit 3 rounds after the first decrease.
* decrease round
then knit 2 rounds and repeat from ! 3 times.

** decrease round
then knit 1 round and repeat from !! 6 more times. 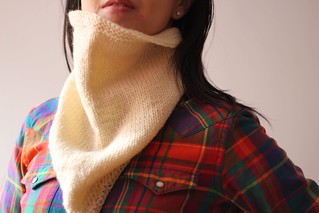 Cost of Project: This yarn was part of 2 skeins I bought to make other things and have gotten a couple of small projects from it. I’d say this was $2 in terms of percent in yard or even less.
Would I knit it again? Yes. I was even considering making one for myself.