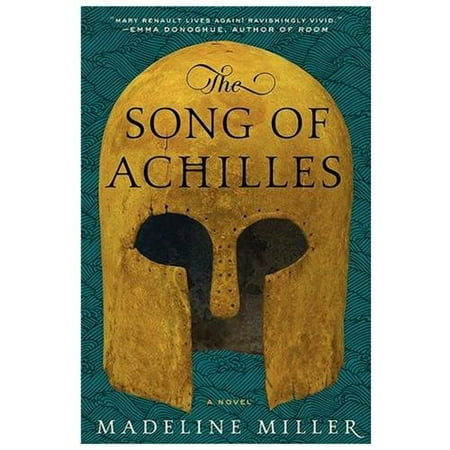 This is a long overdue read. I’ve had this in my TBR pile for a few years after hearing the raves.

My interest in Greek mythology and Greek stories is an old one. I remember reading many of the myths when I was around nine. As a kid, I had a big interest in mythology especially those with the Greeks. I knew the stories of the heroes and the gods well. I read the Illiad and the Odyssey as a young teenager but my interested waned. There were other books and other interests. I had become wary of the capricious characters of the gods in these stories. The heroes were often all men and I noticed how the women were often mistreated, tricked, or severely underdeveloped while the men were venerated. In recent years, I have been less interested in reading about novels inspired by the Greek myths. Ultimately this is why I decided not to read the Percy Jackson series even though it would have been something I would have craved as a kid.

Having said that, I had a feeling I would enjoy Miller’s writing. The reviews about the book were undeniable and her background as an academic in Ancient Greek made it easier as well.

I enjoyed the novel. I found it easy to read. I like the shorter sentences and there is a simplicity and almost minimalism to the prose. Miller does describe things deftly. I have never been to Greece, but the style of the novel is reminiscent of Homer and he other Ancient Greek authors. However, it’s not as impersonal. She has given a viable voice to Patroclus. She also has made me sympathetic to Achilles. In the Illiad, Achilles is seen as proud but without much other personality except when he goes on a killing spree to avenge Patroclus.

The pacing is actually more character oriented. The war does not even start until more than halfway through the novel. Half the book is dedicated to the childhood and early relationship of Patroclus and Achilles. I did not feel bored because I liked the sort of lazy and peaceful feeling of the earlier portion of the book. It was also sweet.

I did like that the Gods and Achilles’s mother is a character in this novel. I do not want realism with my Greek myth retellings. The gods and goddesses in the stories are not given much character development or motivation either. While Thetis does act like an ambitious and single minded mortal, the book does emphasize that she loves Achilles in her own obsessive way. I liked the cameos from the other gods as well. I actually wished for more, but I liked Miller’s restraint in using them as well.