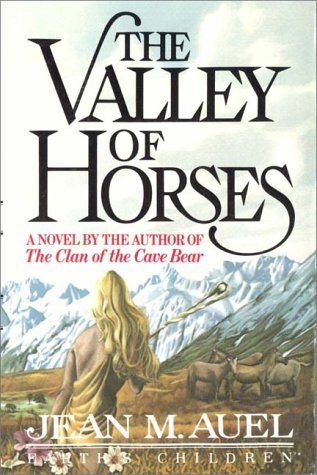 The sequel to Clan of the Cave Bear. With the current situation in the world and after some nonfiction, I needed escapism far removed from the present day. I like that this series offers some actual history and anthropology.

As mentioned in a previous post, I have been busy with work and have not had time to read as much. This book took a couple of weeks to finish. The first half was not that engaging for me. I missed the characters from the first book like Ayla did. I found her solitary adventures in the first half the book somewhat interesting, but I found the other stuff with Jondalar a tad slow.

I don’t think Jondalar is particularly interesting male lead. For the first half other book, he is defined mostly by his attractiveness and not being able to fall in love with a woman. Like the first book where Ayla was incessantly described as big and ugly (when she was not at all), this book kept reminding the reader how good looking Jondalar is and how he couldn’t seem to find a soul mate.

Things pick up when they finally meet and I liked their interactions as I can learn through them what it’s like for people in the prehistoric era. It also becomes a romance novel when they meet. I know that this series becomes more of a romantic one as it progresses. It does not interest me much. While Auel is a good at weaving things from the past into a novel, there is a lot of repetitiveness and somewhat cliched writing. I think the characters and relationship can be quite good but the prose leaves something to be desired.

A friend told me that she made it to book 5 and that I should probably stop at book 4. I will keep going until I can’t but I am starting to see how difficult it may be if the writing does not improve significantly.