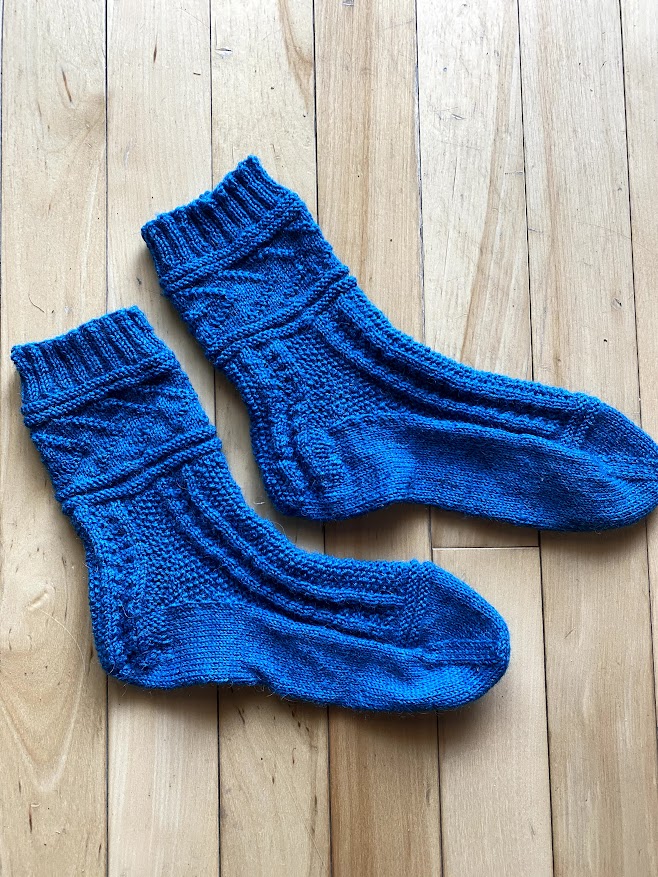 Socks are a good projects. Very straightforward and useful results. I have enough sock yarn stash for more than half a dozen pairs of socks. Even though I’ve stopped making my Barn Raising Quilt, I need to keep using sock yarns. I wear them a lot when running in the cold months. I actually need to darn some handknit socks at some point.

The pattern is interesting with the Guernsey pattern. I did not memorize it until the foot though. It’s a well written pattern except for a couple of minor bits. I would recommend it. 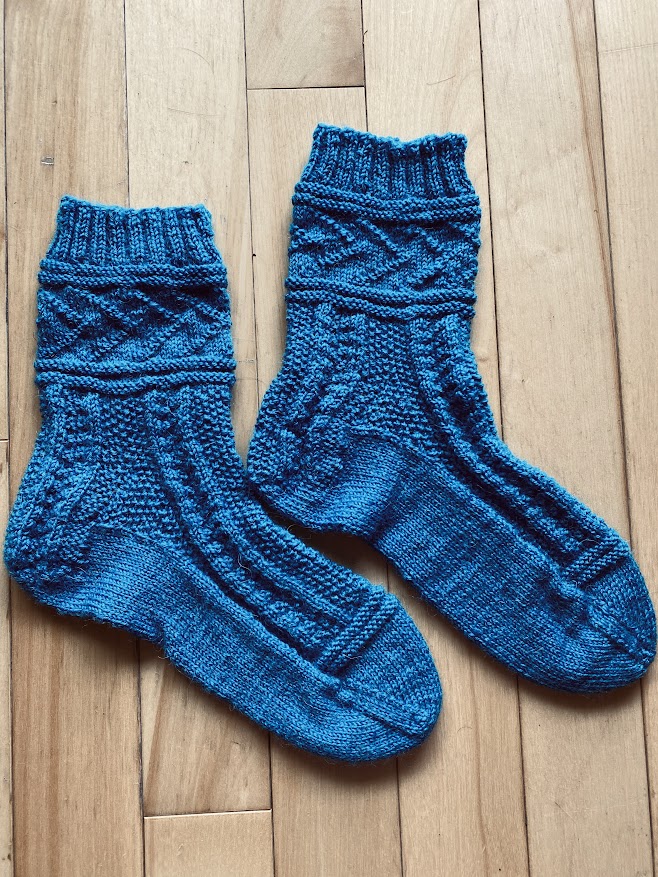 I bought this yarn a few years ago on a day trip to York. Sadly, the cute yarn store called Ramshambles in old York centre is no longer in business. In recent years, I have been careful to not buy yarn but I can’t help going to yarn stores. Occasionally I am tempted and sock yarn is the easiest purchase for projects since I know the amount I need. This yarn is nice and has some Bluefaced Leister. It’s a bit fuzzy and likes to stick to itself a little bit, but the dye is lovely too. It was hard to capture the colour of this yarn. The next photo is the closest but even it doesn’t quite capture the blue with undertones of green. 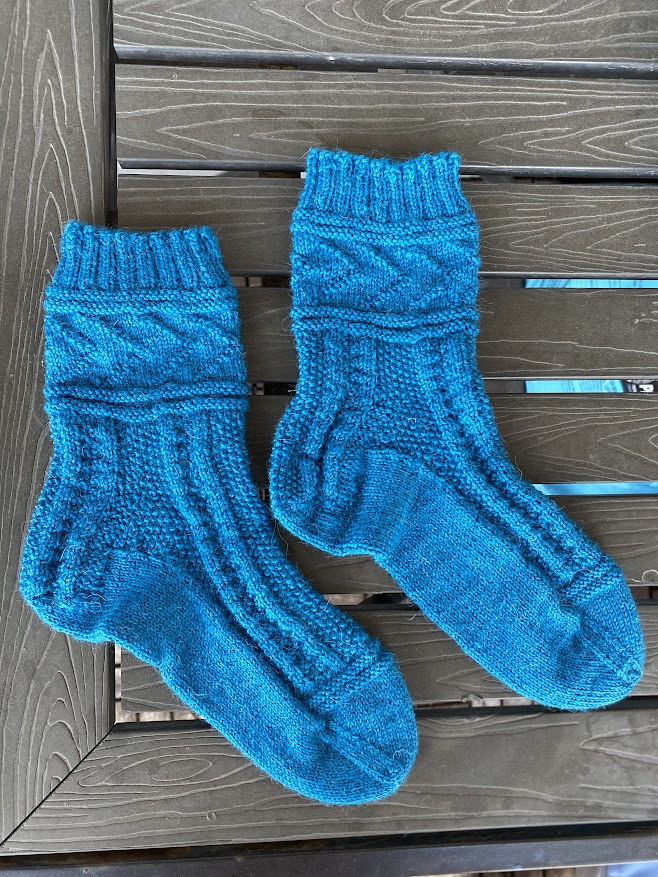