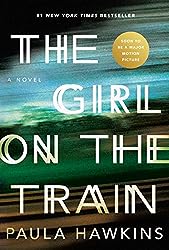 Initially, I read the buzz for this book, but after awhile it seemed there were more mixed reviews. However, I had to read this for a book club I was attending for the first time. One of my best friends got me into the group. She did not like this novel and found it miserable. As a result, I had a bit of bias going into this book.

I did not hate this book. I definitely did not like any of the characters. No one is likeable in this story and the few likeable characters (Cathy the roommate, the mysterious ginger guy) were one note. The women didn’t feel complex to me either. They all had issues and Rachel was more sympathetic than the other two. However, I found it really sad and annoying that all the women in this novel were defined by their relationships with men and in some specific cases, their mothers or being a mother. Most of the the men in the novel seem to dislike women. I understand it’s part of the unreliable narration, but to be fair, the actions of most of the women were crazy. Still, it was a lot of plot and not a lot of character depth.

The plot itself was predictable. I saw the murderer and cheater early on. I’ve mentioned before that twists don’t really matter to me much as a reader or entertainment consumer as long as the characters and the actual journey engage me. In this case, I did not like the journey too much and found the ending more anticlimactic than anything. I am glad it ended well because it would have been a miserable book otherwise.

In better news, the book moves along and is a very quick read. I know some people who really enjoyed this novel and others felt more neutral. It is not an awful book either, but personally, I think the hype is exaggerated.