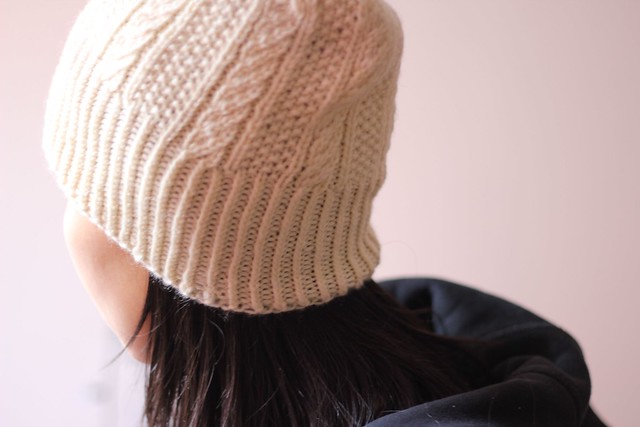 With so much leftover from the Lion Brand Fishermaen’s Wool, I decided to make myself a hat to match my cowl. 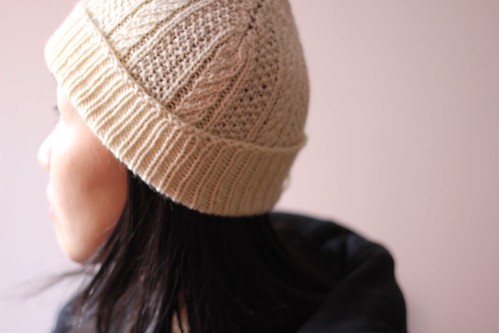 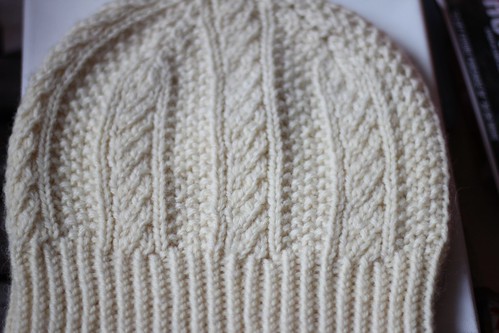 The modifications resulted in a slighter tighter band if the band is flipped over. The best thing is that when left unflipped, the hat fits my hair bun wonderfully. I think I could have made the rib 4″ which would have been very slouchy, but my hair would have fit nicely in there.

Cost of Project: This was one third of the skein which cost $7 a skein years ago.
Would I knit it again? Yes.