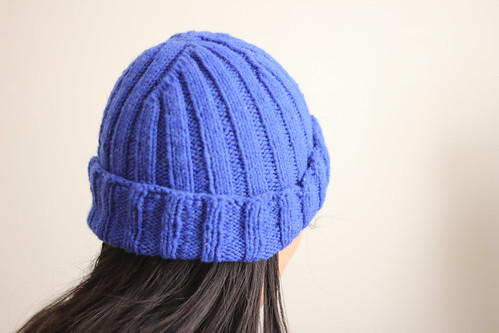 This nice blue hat was made for my partner for his summer birthday. He selected the pattern amongst a number of hat patterns I showed him in early spring. He was a fan of M Cousteau growing up.

This popular pattern has been in my queue awhile. Looks great and I made a lot of mods from the pattern including using an worsted/aran yarn and another needle size. I tried 120sts on 3.5mm and it was too big. I hoped the 100sts would not be too tight and it fits well for a toque. The only thing I may change next time is that the double decreases do look abrupt at the top when you aren’t wearing it. I am not sure how I’d alter it. Other than that, easy peasy lemon squeezy. 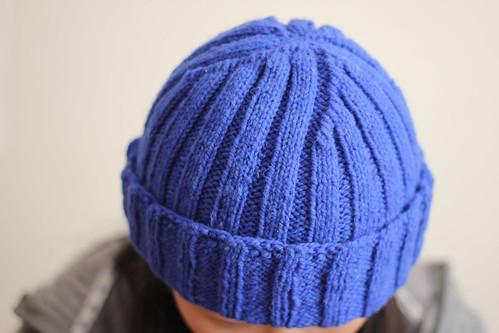 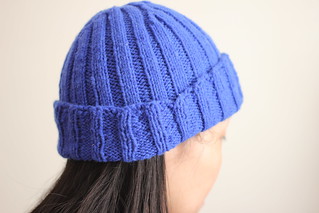 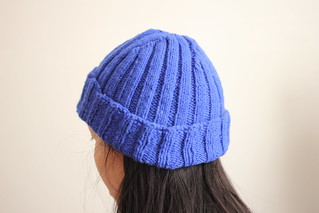 Cost of Project: $4 for skein
Would I knit it again? Yes and maybe decrease slightly earlier and/or make it taller.